What is the qualification that an area needs in order to get on the “ Desired Place To Live” list? 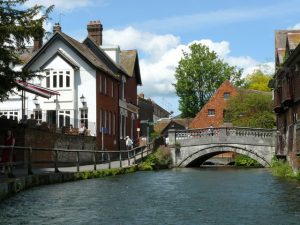 A survey that was conducted by Halifax rated heavily on the wish list the following influence factors: health and life expectancy, employment and earnings, low crime rates, general levels of well being, and access to places for socializing and down time.

This area of Buckinghamshire includes the towns of Amersham and Great Missenden. Some of the biggest homes in the country can be found here. Moreover, the citizens here have the highest life expectancy for females at birth, at 86.7 years.

This town in Berkshire is near Reading and it is handy for a commute into London. It is one of the healthiest places in the country, with 97pc of households rating themselves in good or fairly good health. This could be due to the high level of fitness clubs available to residents of the area.

This city has the third highest earnings in the country, at £1,018 per week – far higher than the average of £646. But house prices are also high here, representing 10.8 times the income. St Albans also has a large proportion of adults with the highest levels of qualifications, at 63.6pc.

An area on the coast of Dorset, named after the Isle of Purbeck, a peninsula with steep cliffs that forms part of the Jurassic Coast World Heritage Site. Purbeck gets 1,722 hours of sunshine a year, has high levels of happiness and life satisfaction, and offers good access to fitness centers.

This area has an easy commute into London, low levels of rainfall, and high levels of male life expectancy.

With 20 pubs per 10,000 people, you can see why this area of North Yorkshire would rate highly. It includes the picturesque towns of Bedale and Thirsk and borders the North Yorks Moors, as well as having a high level of employment and small class sizes.

The high employment here, at 87.7pc, and 45.1pc of adults have a higher level of qualification compared to a national average of 35.6pc. There’s also the vast number of pubs: 27 for every 10,000 adults, the second highest in the country, and the beautiful rolling hills and opportunities for hiking and other activities in the great outdoors.

To the east of Worcester, near the Malverns and the Cotswolds, Wychavon has lots of beautiful architecture, as well as many fitness clubs and great quality of life scores.

With a very low crime level, high employment, and little traffic on the roads (with just 142 cars per square kilometre, compared to the UK average of 9,419) the Orkney Islands often rank well in quality of life surveys.

Residents here are among the happiest, satisfied and least anxious in the country, with 96.6pc of adults on the Orkneys enjoying good or fairly good health, and 20 pubs to choose from per 10,000 adults.

Topping Halifax’s list is Winchester in Hampshire, due to a combination of above average weekly earnings, a low crime rate and good health. Women there live more than two years longer than the average for the rest of the UK, and Government figures reveal that people here are among the happiest, satisfied, most content and the least anxious in the country.