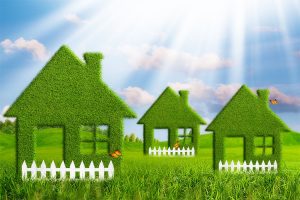 A new survey has found that only 1 in 10 people take a property’s energy rating into consideration when looking to buy a house. A poor energy rating could however cost homeowners thousands of pounds each year.

The research, conducted by construction and Regeneration Company Keep moat, found that buyers tend to prioritize factors such as local amenities, transport links, and parking when looking for a new home, over the building’s energy rating.

The survey of 2,000 Brits found that the energy rating was actually the second least important factor people took into consideration when buying a new house, followed only by its future investment potential.

The highest priority for buyers looking to move house was actually living near family, but green space was also quite high on the list.

New measures now mean that landlords are required to ensure any new homes they rent out meet a set standard of energy efficiency by the year 2018, and any existing properties by April 2020. An Energy Performance Certificate (EPC) includes information on the amount of energy a property uses, how much that energy typically costs, and how the energy usage could be reduced.

Landlords will have to comply with an Energy Performance Rating of C in accordance with the new legislation – the scale ranges from A (very energy efficient) to G (poor energy efficiency). The majority of new build properties have an EPC rating of B or C, and older houses can easily be boosted to a higher rating with a few changes round the house.

It’s quite hard for a home to achieve an EPC A rating unless the owners start producing their own electricity or hot water using solar thermal, solar PC, or air-source heat pumps.

Energy efficiency is important for both those looking to sell and those looking to buy, as it can benefit both financially. Buyers may regret not taking energy ratings into consideration when they are hit with their first winter bill at a new house. When looking to buy, a budget should be put together including mortgage repayment and bills for the whole year.

We’re not going to lie and pretend that selling a home doesn’t come with certain filing requirements. However, if you’re well prepared and allow plenty of time to get your affairs in order, you’ll avoid any last-minute panic. Follow our guide to discover more about what documents you need to move home and make the house-selling process that much easier.

If you don’t have the property title deeds for your home, don’t worry too much. However, you will need to produce the deeds to prove that you do own the home you’re selling. You’ll be able to obtain these from the solicitor you used when originally applying for a mortgage or buying your existing property, or failing that, you can contact the Land Registry.

All domestic and commercial buildings must have an Energy Performance Certificate (EPC) and it needs to be available to potential buyers as soon as you put your house up for sale. It is a useful document, which gives information about how energy efficient a property is, according to a rating of between A (very efficient) and G (inefficient). Only accredited Domestic Energy Assessors can produce valid EPCs.

What if my property is leasehold?

If your property is leasehold, you will need to provide a copy of the lease and complete a seller’s leasehold information form. Don’t forget that if you pay a management fee for services and maintenance you will also need to send off for a Management Information Pack. Your solicitor should be able to obtain this on your behalf.

Sometimes referred to as the Schedule of Fixtures and Fittings, the Fittings and Contents Form (TA10) specifies what the seller is including in the sale of the home and what will be removed.
In addition, anyone selling a property is required to fill out a Property Information Form (TA6). This is a questionnaire which gathers information about, for instance, planning consent and building regulations.

When dealing with a solicitor you will always need to provide proof of identity, so make sure you have a passport and recent utility bill to hand. You should also collect details of your existing mortgage, along with your account information and the amount outstanding.

You’ve found the home of your dreams, but it’s listed. Should this put you off, or is it nothing to worry about? 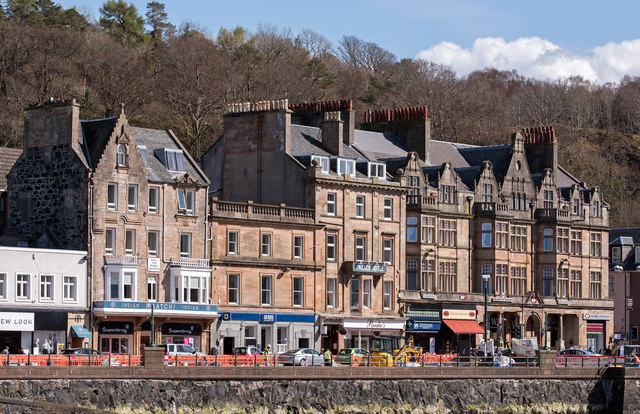 Grade I: This means the property is of ‘exceptional interest’. Only around 2.5% of listed buildings are Grade 1 listed.

Grade II*: This means the property is important and considered of more than special interest. Around 5.5% of listed buildings fall into this category.

Grade II: This means the building is of special interest. The clear majority of listed buildings, around 92%, fall into this category.

All buildings constructed before 1700 are listed, as are the majority of those built between 1700 and 1840. Some modern buildings are listed too if they are considered of special importance, such as the Royal Festival Hall and the BT Tower in London. You can find out if a property is listed by searching for it on the National Heritage List for England.

If you want to make changes to a listed property, such as building an extension or changing the internal layout, you will have to apply for listed building consent. It can be more difficult to get this consent, as conservation officers need to take the property’s historical significance into consideration. If planning permission is granted, you may need to use specialist materials or techniques so that you don’t alter the character of the property.

If you’re considering buying a listed property, you must check that any work that’s been done in the past had planning permission. If it hasn’t, then you rather than the previous owner will be responsible for putting things back to how they were.

You’ll often have to hire tradesmen with specialist skills and products to make repairs to a listed property, which can be far more expensive than using a ‘standard’ builder. Do plenty of research before buying and make sure you get a comprehensive survey, so you get an idea of the sort of work that might need doing.

Historic England, which is the public body that looks after England’s historic environment, occasionally offers grants to owners of historic buildings if they need repair. They are usually offered in situations where, without a grant, a project would not be able to go ahead. You can find out more about some of the grants which might be available and how to apply for them at historicengland.org.uk.

When taking out home insurance, you must let your insurer know if the property is listed. Depending on the type of property you are buying, you may need specialist cover, although some mainstream insurers will cover listed buildings.

Remember too that your buildings cover should be for the rebuild cost of the property and not its market value. Listed buildings often have higher rebuild costs than other properties because they may require specialist materials. This means cover can be more expensive than if you are buying a home that isn’t listed. Never scrimp on cover – if you are underinsured, this could cause serious financial problems if you need to make a claim.

No question that a listed building potentially presents more problems than a new home, but owners of listed properties say it’s the same as owning a vintage car. It may need more servicing but every time you look at it, you feel a little surge of pride and pleasure!

If you’re a homeowner with an interest only mortgage, you should prioritize discussing your repayment options with your lender. Otherwise, you might be in danger of losing your home.