The average price of a property coming onto the market in January 2018 is up by nearly £2,000 compared with December 2017, but sales are down by 5.5% from this time last year.

Rightmove, which tracks 90% of the UK property market, said there had been a “good start” to 2018, with more than 4 million visits a day to its site, up nea 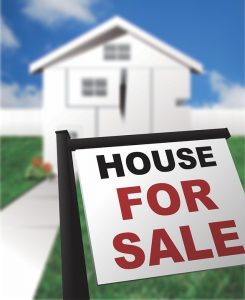 But sellers may be being hopeful in their pricing and may have to reduce the price to find buyers. Rightmove said the average time to sell a property has jumped to 67 days compared to 55 days last summer, which is an extra 12 days.

The period from now to late spring is traditionally the busiest time of the year for house hunters as they aim to complete transactions and then move during the summer school holidays and be settled in time for the Christmas holidays, but Rightmove said the pace of activity had slowed down.

Asking prices continue to fall in London. The average price for a home listed by the website in the capital is currently £600,926, down 1.4% on the month and 3.4% over the year.

With affordability stretched and incomes falling behind inflation, most property forecasters are predicting flat house prices in 2018 or relatively minor rises.

The two big lenders that operate well-known price indices, Nationwide said it is expected property values to be “broadly flat in 2018, with perhaps a marginal gain of around 1%”. Halifax has allowed itself some wiggle room, predicting UK growth from 0% to 3%.

Halifax said that in December house prices fell by 0.6%, the first decline it had registered in six months.