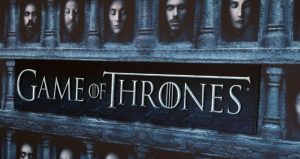 Finding your dream house can be difficult, but for Game of Thrones fans things can get even more difficult. Choosing a land is the hard part!

Die-hard fans of GoT can choose to live in one of the lands promoted heavily in the TV series. Apparently some of the places in Game of Thrones have similarities in the real world.

Believe it of not, just because of the namesakes, the property prices in these GoT namesakes places have even doubled. The main examples stated by Property Reporter in the article ‘Want to live in King’s Landing? Seven GoT-themed options for buyers‘ are: King’s Langley, Silverhill Drive, Rose Road, Kingswood, Wolf’s Wood, Blackwater, King’s Road.

Obviously, fans are the ones willing to pay the extra price all for the sake of the check-ins on Facebook and, maybe, the location on the party invitations: ‘The GoT inspired Halloween party is going to take place in Wolf’s Wood, near Blackwater and corner with King’s Road’.

The play-pretend was even taken much further earlier this year when specialists calculated the cost of living in the fantasy lands of Game of Thrones. The prices are detailed in another Game of Thrones article entitled ‘How much does it cost to live in Winterfell?‘.