Newly released figures from Barclays have revealed that many home movers are being caught out by additional costs that they didn’t factor in to their budget.

Newly released figures from Barclays have revealed that many home movers are being caught out by additional costs that they didn’t factor in to their budget.

Analysis from Barclays Mortgages shows the average upfront cost of moving home in the UK, including estate agent, legal and surveyor fees, land registry, EPC and stamp duty, is £7,641, on top of the purchase price. Meanwhile, the average unexpected associated costs can add up to £1,690, meaning homeowners are stumping up £9,331 on average in total home moving costs. 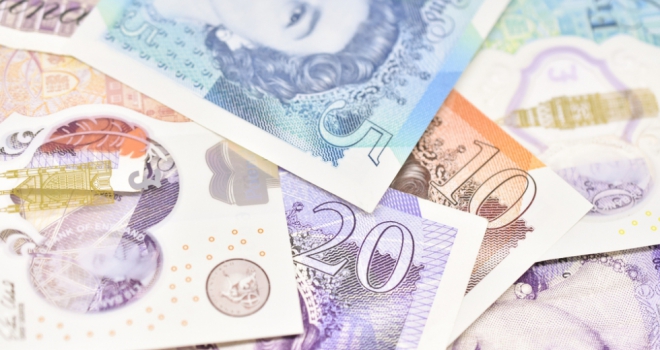 The analysis looked at the average upfront cost of moving by city across the country, and found that costs vary significantly. Liverpool residents expect to pay just £2,787, compared to a whopping £22,417 spent in upfront costs for those looking to purchase a typical property in London.

For homebuyers also selling their own property, estate agent fees can play a major part in costs. For example, those selling a property in Oxford on average pay £5,783 in estate agents fees compared to £1,780 in Glasgow.

Stamp duty can equally cause a financial headache for those looking to move. In London, where the average house price is currently £482,200, homebuyers have to find typically £14,110 in stamp duty. House hunters in Oxford and Cambridge have on average similarly large stamp duty bills to pay too, with £10,365 and £11,130 respectively. But it’s not all bad news. Those looking to buy in Liverpool, where the average house price is £123,000, would not have to pay stamp duty on a house of this value, under the current stamp duty threshold of £125,000.

On top of this, building insurance costs can amount to £107 and a survey – although not a legal requirement but recommended – will set you back a further £550. An energy performance certificate is a legal requirement, which adds an additional £90 on average.

In addition to these largely anticipated costs, many home movers are being caught out with a number of unexpected costs, including childcare, self-storage, decorating and pet-sitting fees. Indeed, nearly one in two (47 per cent) say they have incurred such costs as a result of moving property3.

The most commonly unanticipated costs nationwide include buying new furniture that didn’t fit in the new home (43 per cent), decorators/DIY help (34 per cent) and the need to buy takeaways for the first few weeks after moving in the absence of a fully functioning kitchen (26 per cent). Bristol and Belfast pay the most in unforeseen costs on average, while London the least.

Hannah Bernard, Head of Mortgages at Barclays, said: “Buying a house is a huge financial moment and the lead up to your dream home should be as stress-free as possible. Our findings show that on top of the burden of expected costs, homebuyers are getting caught out by additional costs that aren’t included in the asking price.

To balance the budget, try to plan ahead and really challenge what home move costs you could cut down, or better yet, if there are any you can cut out. Enlisting friends and family to help out could really save the pounds too. Our Barclays app helps customers plan ahead and see their payments in a calendar view, making it really simple to balance outgoings.”

The cost to wellbeing

Two-fifths (40 per cent) of home buyers believed it took them between three to six months to feel settled and in control again following a big move. Nearly half (46 per cent) named solicitor delays as the main factor impacting their mental wellbeing, with financial pressure (45 per cent) coming a close second.

The research also revealed that almost half (47 per cent) of homebuyers admitted to not being prepared for moving financially, underestimating the overall costs involved. This has resulted in 54 per cent admitting to needing to lean on family members for financial support to deal with the unexpected costs of moving – putting additional strain on their mental wellbeing.

Hannah Bernard continues: “Whether it’s storage for belongings, parking and removal vans or even childcare, buying a new house can really take its toll on finances at a time when home movers will be feeling the pinch. We know that financial pressures are a principal contributor to stress and anxiety around a house move. Being prepared for any last minute costs is a first step to make that milestone as smooth as possible.”