Newham is London’s most crowded borough with a population of just under 350,000 people reliant on just 112,628 homes. 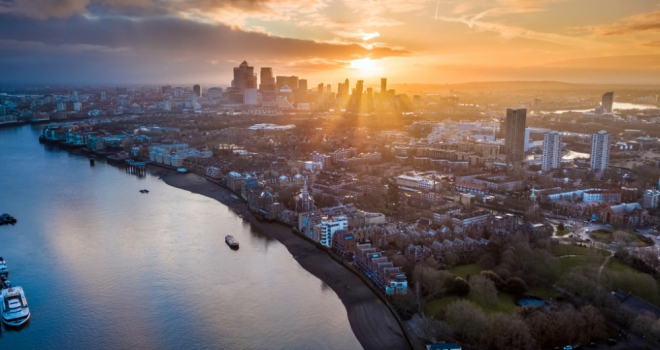 The research, by flatshare platform Ideal Flatmate, found that the City of London has the lowest amount of homes with just 0.18% of all London properties located within its boundaries.

Kingston is home to the second lowest with just 1.9% of the capital’s total homes in the borough, with Barking and Dagenham, Sutton and Merton also amongst some of the lowest where volumes of housing are concerned.

However, while the amount of homes is one thing, the population of those reliant on housing in each borough is a main contributing factor to how crowded these local London property markets are.

With this considered, Newham is London’s most crowded borough with a population of just under 350,000 people reliant on just 112,628 dwellings in the borough, resulting in a dwellings per capita ratio of just 0.33 – in other words there roughly just one-third of a property available for every one person that resides in Newham.

While prime central London is used to topping tables around affordability, the higher price tags do mean they are some of the least crowded boroughs in London, with Kensington and Chelsea (0.56) and Westminster (0.51) home to a ratio of over half a property per person living in the borough. Hammersmith and Fulham, Wandsworth and Islington are also amongst some of the capita’s roomiest boroughs where property and population are concerned.

Co-founder of Ideal Flatmate, Tom Gatzen, commented: “There’s obviously a clear correlation between the amount you pay either to buy or rent and the space you get for your money, but for those of us that don’t live in the high-end bliss of prime central London, it’s actually quite dire reading when it comes to the ratio of property available to people that need a roof over their head.

“It’s no revelation that we aren’t building enough homes and while actual space is part of the issue in areas such as London, this research highlights just how overcrowded things are becoming in the capital.

“No wonder then, that we’ve seen an increase in the acceptance of shared living, particularly in our major cities. While cost saving is the driving factor due to the price of renting or buying, coupled with the cost of living in general, there simply aren’t enough homes available to house everyone individually even if we wanted to.

“While we’re big fans of co-living and the positives it brings, failure to address this lack of stock is going to see both house prices and the cost of renting continue to spiral out of reach for the average tenant or homebuyer.”