For affordability and an easy commute to Canary Wharf, the only way is E16. 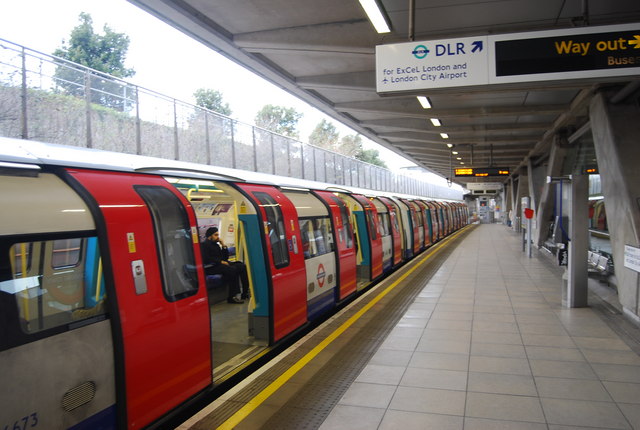 East London’s post-industrial landscape is rapidly disappearing in favour of quirky cultural venues, artfully rustic cafes and glassy residential towers. While the investment potential in Hackney and Tower Hamlets has been well-documented, other locations that are just as accessible have managed to slip under the radar.

One of these is Canning Town, a part of town with a rich dockers’ history, that has just been re-zoned along with Stratford into Zone 2. Sitting on the Jubilee line and the DLR, commuters can be in Canary Wharf in 10mins and, once the Elizabeth Line is up and running at nearby Custom House, 17mins from Bond Street.

The first sign of investment interest arrived with the ExCeL London exhibition centre in 2000, but the financial crash slowed down further development – until the recent residential boom.

Now, 10,000 new homes are planned from a variety of developers and housing associations, many for sale on affordability schemes like Help to Buy and Shared Ownership, along with a £600m revamp of the town centre and a hotel along with new pedestrian and cycling routes.

The real jewel in the crown, though, is nearby London City Island sitting just across the border in Tower Hamlets, whose anchor tenant will be the English National Ballet bringing a much-needed cultural boost to the area in 2018.

Compared to other areas with similar commuting times prices are a steal, too, which is why young professionals priced out of surrounding boroughs are looking for value in Canning Town.

Nick Parr, partner at Knight Frank City & East, agrees, but thinks its investment appeal can only be fully realised when put in context with surrounding areas. “It’s a great place to be, two stops down from Canary Wharf and half the price, two stops from Stratford and The Royal Docks are taking off.

Data from Johns & Co bears this out; the estate agent reports that “a lot of interest” is coming from corporate tenants aged between 25 and 35 working in the City or Canary Wharf and, recently, buy-to-let investors.

“It’s proving a hotspot for investors, not least because property price growth is anticipated to rise by up to 30 per cent in the next five years,” says managing director John Morley. “Yields north of five per cent are now hard to come by in many parts of central London, but this is still possible in E16 with yields currently at five to six per cent.”

If you’re a keen comic book fan or just like roaming wistfully around travel shows, you’ll like being a short walk away from the ExCeL London Centre. Regular business travellers will also enjoy being so close to London City Airport, which is only 10 minutes away on the DLR and it’s so small, it’s like waiting to board a plane from someone’s living room. If you’re looking to meet new people, seek out the Canning Town Caravanserai, a flexible space used for art installations, story-telling, food markets and skills workshops. You’re never far from water, with the River Lea, the Thames and the Royal Docks nearby, and you can take the Emirates Skyline over to the 02 Arena. Good restaurants nearby include reasonably-priced Italian Pepenero, contemporary brasserie Docklands Bar and Grill and Fatboy’s Diner the other side of Bow Creek, a 1950s-style diner next to arts space Trinity Buoy Wharf.