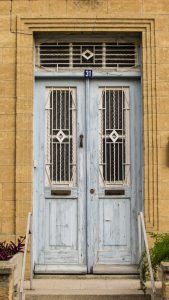 If you love the period charm and heritage innate in your wooden sliding sash windows but hate the draughts, rattles, rot and heat loss that can also be part and parcel with an older property then.

You need help from experts. Traditional timber sash windows are an essential feature of a period buildings character. Therefore, it is vital to retain them, not only because of the appeal, but because they add value to your property. Also, known as a sliding sash or vertical sliders, they rely on a weighted system that allows the heavy sashes to lift and fall with ease. In order for the sashes to move in the box and operate smoothly there is a 3mm gap between the sash and the frame which is often the cause of draughts, rattles, dust and rain ingress and heat loss.

Dating back over 300 years, sash windows as we recognise them today have steadily evolved as technology and fashion have changed. At one time, due to a punitive window tax, the size of your panes was seen as an indicator of your wealth and interestingly the design was influenced by the Great Fire of London when post fire legislation required the windows to be recessed in to the brick work.

All of which are very easily repaired.